League of Legends is undoubtedly one of the most popular PvP games ever released, with definite numbers to show for its popularity. It has one of the most diverse player bases you can imagine. This also means that League of Legends is a highly competitive game, meaning that you play against real humans all the time. It is natural human tendency to always win, and refuse to accept loses without losing their minds. Professional boosting services like l9 boosting has thrived on this psychological aspect of staying ahead of the competition at all times. Losing or the feeling that your teammates have not put in as much effort as you can be frustrating, and it is understandable. However, the line between getting upset or frustrated and getting toxic is very short, with many players prone to outbursts over bad results.

Developer Riot Games has been pretty serious about banning toxic players from the game, and so it’s important to avoid toxicity while playing LoL. Here are a few tips to help you deal with the urge to get toxic, and hopefully prevent you from getting permanently banned from League of Legends.

Use a different medium to talk with friends

Using a communication app like Skype, Teamspeak or whatever you prefer with friends with whom you play can help a great deal when playing League of Legends. Avoiding the in-game chat while dealing with frustration is an essential step to avoid being toxic in LoL. More so, it can even lead to a few jokes and laughter, and this way, eases your nerves.

The human mind is constructed in such a way to not quit and take a break when constantly facing losses. We will always go for that “one more game” after each loss. The problem with this attitude is that your mind becomes less focused after each loss, increasing your chances of making mistakes and losing every other game you play. It is easier said than done, however, taking a break after a bad game can do wonders, even if it’s for a few minutes. Grab a drink, or even tab out and check your favourite websites or watch a few cat videos on YouTube.

There are two benefits to streaming your gameplay. Given the freedom to speak while playing, it will decrease the urge to type in-game. Secondly, you might go on to become the next Twitch or YouTube sensation. You never know your potential as an entertainer, so streaming your LoLcan even lead to a new hobby, and even some money in your career as a streamer. You can even become a part of l9 boosting and provide boosting services that can be streamed. 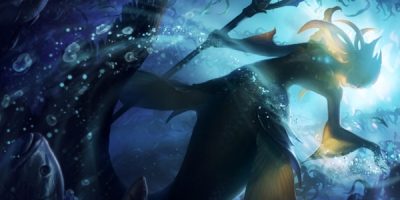