Web series have become a prominent means of entertainment today. The content, the freshness, the quality and thirst of different stories with a touch of realityhave attracted a huge TV audience towards the web series. And media platforms launching new series every week has only fueled the web viewers’ desires of wanting more. Thriller addicts are in luck as brands like Amazon Prime, Hotstar, and Viu have come up with Hindithriller shows. Here are the top 3 best thriller mystery web series online that will have the audience on the edge of their seats.

Streamed on Viu Memories grabbed the instant attention of web viewers with its supernatural element blending in real life. The series revolves around SiddharthSareen, a renowned anchor of news channel ‘India Now’. Coming back from a near-death experience, Siddharth is blessed with the superpower. He now can access the memories of the dead body just by the touch. The power that came as a surprise at first helps Siddharthlearn about a huge plot to kill the CM.The follows his journey as he tries to reveal the threats with the help of his superpower. Watch Memories online free on Viuor stream episodes on Viu app.

Breathe a thriller mystery serieson Amazon Prime has been in buzz for a while. The series stars R Madhavanas Danny and Amit Sadh as police officer Kabir. The series follows the deaths of organ donors thatCrime Branch officer Kabirneeds to investigate. He puts the pieces together that leads him to unlikely suspect Danny. Is Danny really behind the murders? Will Kabirsolve the case? To know and enjoy the brilliant performance by R Madhavanwatch Breathe Hindi thriller showon Amazon Prime.

Another thriller web series on Hotstarthat cashed the attention of mystery buffs. Based on the BBC crime thriller of the same name, Criminal Justice has amazing actors working together – Jackie Shroff, Vikrant Massey, AnupriyaGoenka, and Pankaj Tripathi to name a few.

The series unveils the journey of Aditya, who is a suspectin a girl’s murder case after drug use and a one-night stand. Aditya wakes up and finds out that the girl has died and he has a knife in his hands. Now Aditya has to find out what happened that night to prove his innocence before it is too late.

Apart from the seriesKaushiki launched by Viu as well as Sacred Games and Mirzapur streamed on Amazon Prime are the best thriller mystery web series online you can’t miss. 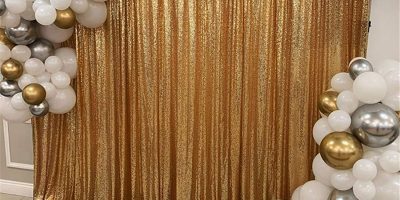